Articles in this section

Passthrough, available with the release of Cablecast 6.3, allows live video to be routed through a Flex series video server and can be channel branded with bug, bug text, and crawl before being routed to air. This enables channel branding without any additional equipment bringing the same high quality graphic overlays enjoyed on video playback to live video as well.

Only supported on Flex servers

Passthrough is only available on Flex series servers including the Flex Lite, Flex 2, and Flex 4.

How Does Passthrough Work

Normally when a station operator schedules a live program such as a studio or satellite feed, Cablecast’s Autopilot takes the schedule event and creates switch events to route the input for the live feed directly to the TV provider. In this scenario, the video signal is never received by the Cablecast video server and therefore no channel branding can be applied. 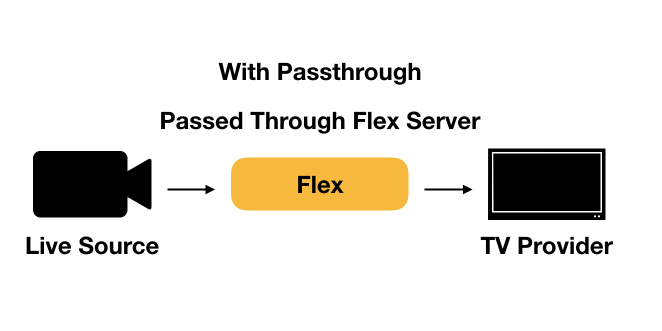 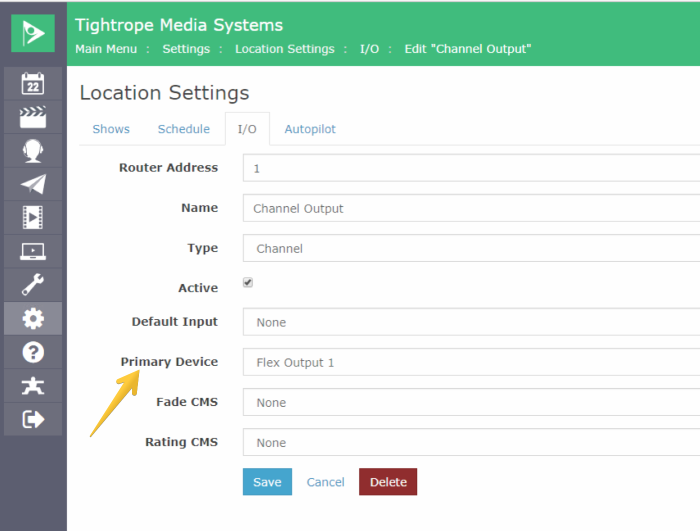 Cablecast is now configured for passthrough. The next Autopilot send will create passthrough switches and your live video programs will be passed through the Flex server for channel branding.

There is no way for users to initiate a passthrough, but Cablecast does provide some insight into when a passthrough is happening. First the channel summary on the system dashboard will show both the source live feed and the primary device being used to output the passed through video.

The Force Matrix uses a chain link icon next to both the video server decoder and encoder devices to indicate they are linked in a passthrough. Each passthrough displays a unique chain link color so it is possible to determine which encoder is passed through to which decoder. Additionally, there is text on each decoder that has video passed through to indicate which device it is receiving video from.

By assigning and reserving scheduled playback and encode operations first, Autopilot ensures that these events have top priority access to video server encoders, and that a scheduled record event will not fail due to a conflict with a passthrough. However, Autopilot is smart enough to use an encode device for both a passthrough and a scheduled record as long as those two events are using the same source. This means you can passthrough a live event while encoding it at the same time. Below are a few scenarios to help explain the priority of passthrough assignment.

Because the live show and record event share the same source, Autopilot will passthrough the event and apply channel branding and record the event.

Because the live show and record event are from different sources, Autopilot will not create passthrough events. Instead the live source for the live show will be routed directly to air without being passed through the video server. This is because the single encoder is being used for the scheduled record event.

Because there are two encoders both the passthrough operations and the record event can occur.

Shadow CMS is a feature that allows for redundancy between devices. It works by sending an identical event list for one control module set to a second control module set on a redundant server. The mirrored outputs of the primary server and the shadow server are then usually run into a signal loss detecter. This allows the immediate cut over to the shadow server, if the primary server suffers a hardware failure. Passthrough brings new consideration to the Shadow CMS because it requires the coordination of both the outputs and the inputs of a video server. In order for a shadow server to work with passthrough the following requirements must be met:

With these steps complete the same live video will be fed to both the primary server and the shadow server allowing for the coordinated passthrough events between the SXPlayerCM and the SXEncoderCM to work correctly.